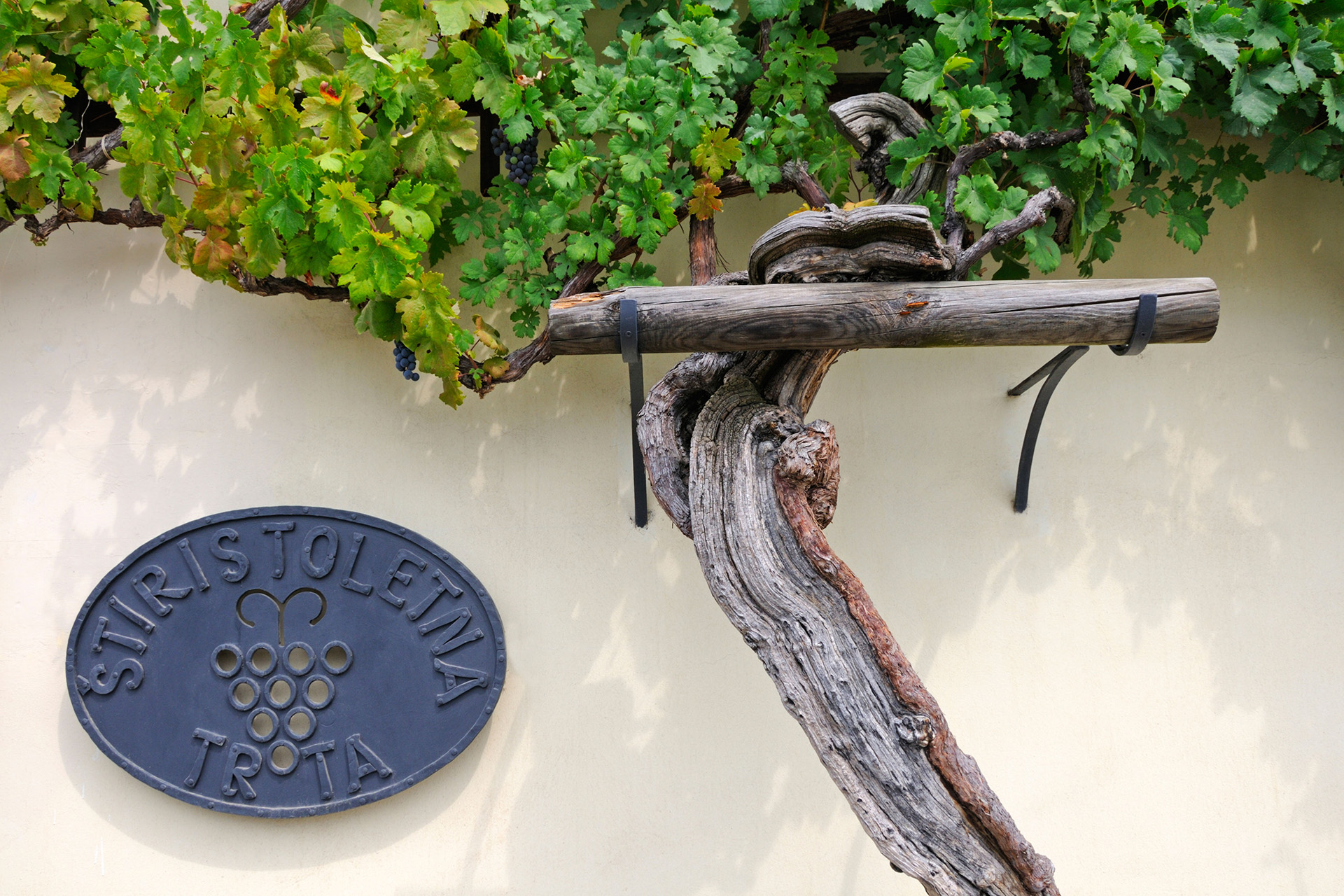 In the northeastern corner of Slovenia, you’ll find the oldest grape-bearing vine in the world, which has grown for over 400 years on the side of a house in Maribor, some 15 miles from the Austrian border.

The vine was planted sometime in the late 16th century during the turmoil of recurring invasions from the Ottoman Empire. An exact date is not certain due to a few centimeters of rot in the vine’s core sample. But, in 1972, dendrologist Dr. Rihard Erker determined the vine was between 350–400 years old. Genetic experts in Paris confirmed the findings.

A Story of Survival

To Slovenians, the old vine is a symbol of survival.

For instance, in 1870, the phylloxera parasite decimated European vineyards by attacking and killing vines at the roots. In France, phylloxera killed a quarter of the vineyards, reduced wine production by half, and created widespread panic and hopelessness. Yet, the old vine’s ancient roots were deep within the watery banks of the nearby Drava River, drowning pests and protecting it from phylloxera.

The vine even survived bombings during World War II (1939–1945) that partially destroyed the home on which it grows.

Later, in 1963, the Drava River that once saved the vine from phylloxera became a threat. A new dam caused the river to rise more than nine feet, changing the Drava’s banks where the vine had rooted for centuries. Lack of maintenance on the changing river was slowly killing the vine. By the 1970s, the house in Maribor and the vine itself suffered significant neglect.

Thankfully, in 1980, a group of experts from Slovenia’s Institute of Agriculture noticed the historic plant’s situation and prevented the demolition of the house. In 1981, viticulturists Tone Zafošnik and Anton Vodovnik stabilized and pruned the vine while restoring the house. In 1982 it had new growth.

Zafošnik became the old vine’s first vinedresser and had the plant thriving in the Guinness World of Records by his retirement in 2010.

Every year, the old vine yields 77–121 pounds of Žametovka, a red grape that’s one of the region’s oldest varieties. Only 100 eight-ounce bottles, designed by Oskar Kogoj, are produced yearly. The spiral on the bottle’s neck represents the vine’s “infinite longevity.” Royalty, presidents, popes, and celebrities are the lucky recipients.

While the wine is limited, Maribor has gifted grafts to other cities and enology programs worldwide. By the end of 2020, there were 228 certified grafts in 29 countries across four continents.

Grafts are presented at the Pruning of the Old Vine, one of the vine’s two main annual ceremonies open to the public on the last Friday in February or the first Friday in March. Stane Kocutar, chosen by Zafošnik, has tended the vine since 2010. In late February, Kocutar prepares the cuts and cultivates the grafts for the residents and guests.

He finishes the year with the harvest and old vine Festival events that begin on the first Sunday in October and end on November 11 (St. Martin’s Day). The entire city joins in with international visitors for culinary events, music, dancing, and the ceremonial tasting of the harvest. Every two years, the Maribor Wine Queen is selected from the applicants representing local vineyard families to represent the region’s wine and history.

The Old Vine House is now a museum featuring artifacts and heritage displays. Guided tours and a tasting room are available.

In the last 40 years, the old vine went from near destruction to a celebrated record-holder with a museum, a Maribor Wine Queen, festivals, an anthem, a dedicated vinedresser, and fans worldwide.

Kocutar writes, “How could a city vinedresser wish for anything more?”