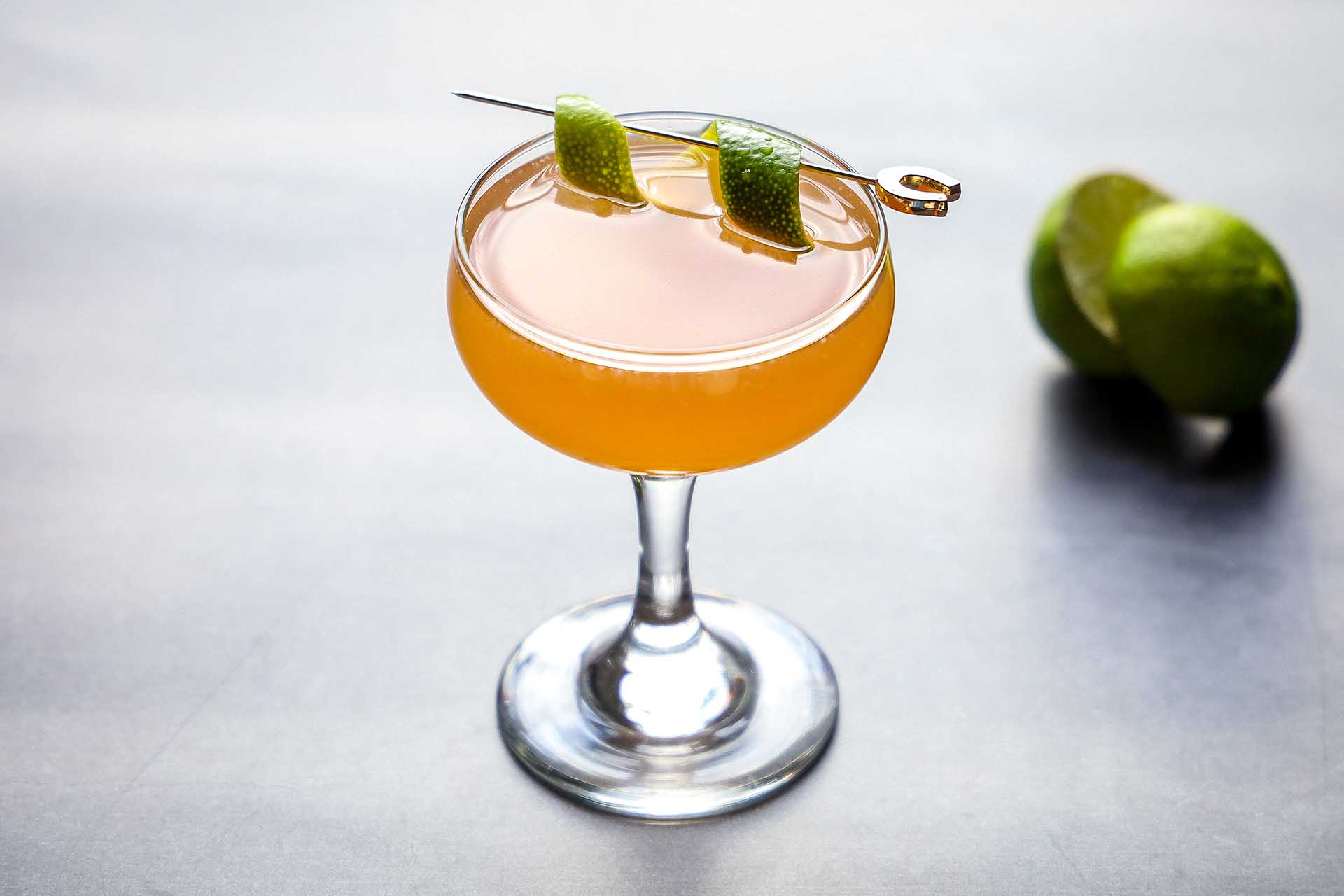 The Pegu Club cocktail is a classic drink that dates to the beginning of the 20th century, if not earlier. It was first published in Harry MacElhone’s 1923 book ABC of Mixing Cocktails, which contains countless other classics from the Scofflaw to the Boulevardier. But rather than an invention of MacElhone’s, the Pegu Club was created as the signature drink of a bar of the same name located in Yangon, Myanmar (then often referred to as Rangoon in Burma).

The Pegu Club was a social club founded in the late 1800s during the British occupation of Burma. Limited to only white patrons, despite professing to accept “all gentlemen interested in general society,” the venue became a hangout primarily for British military officers, officials, and dignitaries. It briefly came under Japanese occupation in the 1940s and was converted to a brothel before being seized by an independent Myanmar military. Functioning for years as ornate office space and housing for government officials, the property recently underwent renovations to turn it into a multipurpose event space.

The Pegu Club Cocktail isn’t particularly popular in its country of origin due in part to deep-seated colonial-era resentment. But in the cocktail world, it functions as an important early pillar in the sour drinks category.

Postcard for the original Pegu Club in Yangon, Myanmar

What’s in a Pegu Club Cocktail?

The Pegu Club consists of gin, orange liqueur, lime juice, and bitters. This combination puts it in the company of a similar classic cocktail of the time, the Sidecar. Both were notable for using orange liqueur rather than sugar as a balance for fresh lemon or lime juice.

However, many modern drinkers may find it easier to think of the Pegu Club Cocktail as a gin margarita.

Adding two types of bitters helps set the drink apart from many standard sours. One dash of Angostura bitters is used alongside a dash of orange bitters, the former providing depth and the latter helping to accentuate the liqueur.

The best gin for a Pegu Club Cocktail

When choosing gin for a Pegu Club, a cocktail that’s become a staple for warm-weather drinking, it often helps to use one with bright citrus notes that help bring life to the other ingredients.

Tanqueray Rangpur Gin’s signature ingredient is a fruit native to Southeast Asia best described as a cross between an orange and lime, both key flavor components for the cocktail. Brockman’s Gin is another fruit-forward option that works well, as does New York Distilling Company’s Dorothy Parker Gin, which combines traditional citrus botanicals with hibiscus, helping to add a light tartness. Citadelle Gin, from France, is another option that brings a clean profile with a solid juniper backbone.

Rather than double-down on citrus elements, you can also opt for a more floral gin to create a different dimension. The Botanist offers herbal and floral notes that can create a more interesting nose and finish on a Pegu Club, as does St. George Botanivore Gin. Green Hat Citrus Floral Gin from Washington D.C. combines both worlds, offering a spirit with solid citrus backing but floral integration from cherry blossoms.

How to make a Pegu Club Cocktail

One dash of orange bitters

Lime or grapefruit twist, for garnish

Combine all ingredients except garnish in a shaker filled with ice. Shake vigorously until well chilled, 15–20 seconds. Strain into a chilled coupe or Nick & Nora glass. Garnish with a twist of lime or grapefruit.