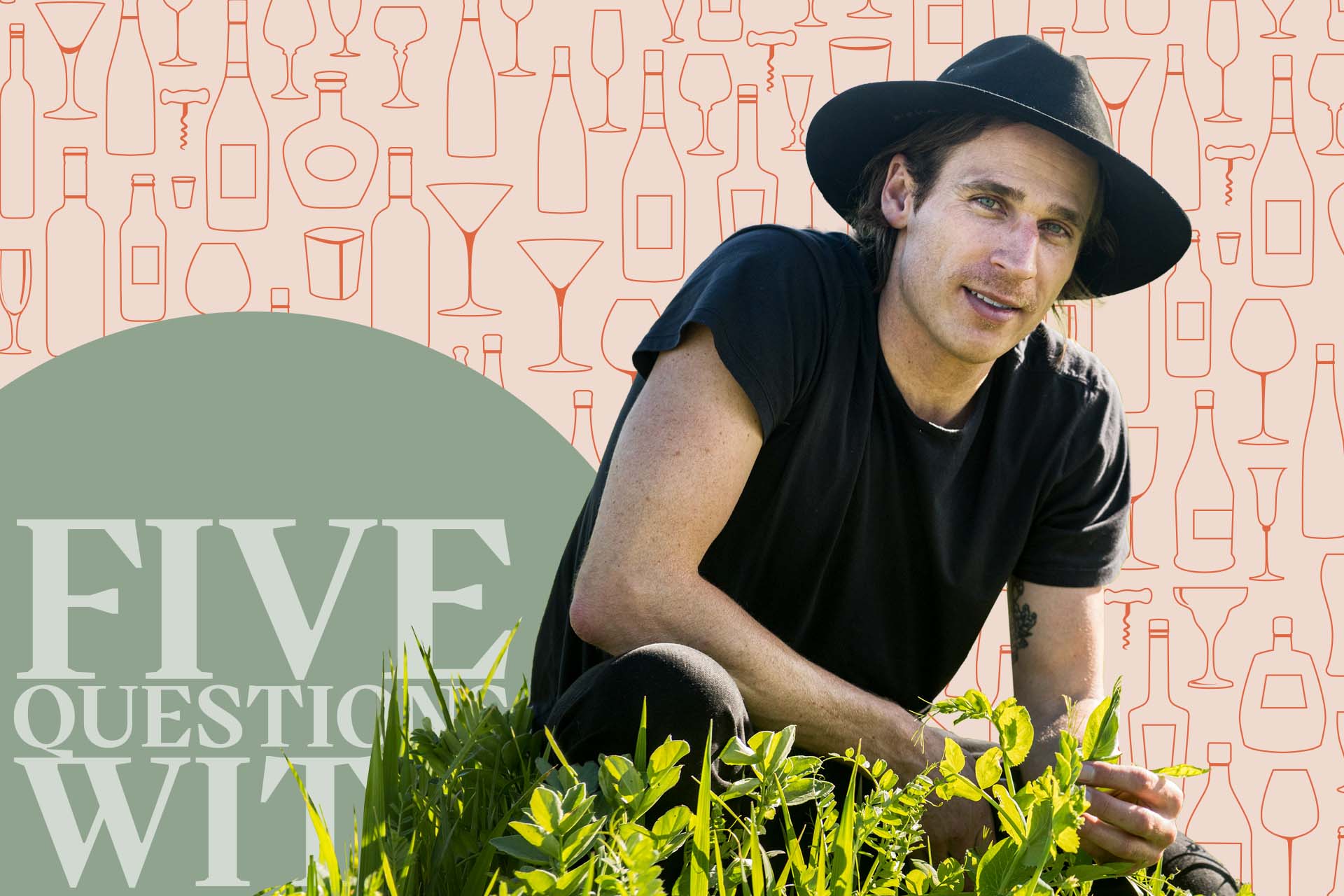 Imagine growing up in a family whose name is one of the most famous in the entire world. For Carlo Mondavi, grandson of Napa luminary Robert Mondavi, success is about more than what’s in the bottle.

“Both my father and grandfather had and still have an immense impact on me,” says Carlo Mondavi, grandson of Robert Mondavi, “through the lessons [they taught me] and wines they created.”

Mondavi values his grandfather’s mentorship and hand in building the Napa Valley and one of Tuscany’s most revered Brunello estates, Tenuta Luce. He diligently studied his grandfather’s patience and cared with the vines and his business acumen. All those things profoundly impacted who Mondavi became as a person and, subsequently, as a winemaker and winegrower.

“My grandfather, Robert… instilled in me to respect nature, act as a steward of the land, make wines of finesse and harmony that don’t overpower. My father, Tim, on the fundamentals of how world-class winegrowing is done from both a scientific and artistic perspective. Both…were dedicated to farming at the highest level, in unison with nature. They considered themselves winegrowers rather than winemakers.”

Mondavi is the proprietor of the Sonoma Coast’s RAEN and Sorì Della Sorba in Barolo with his wife, Giovanna Bagnasco, who also hails from a prominent Italian winemaking family. His agricultural equipment company, Monarch Tractor, aims to improve current farming methods by using electricity and zero emissions.

Like his wine, Mondavi’s goals are lofty. He considers himself both a wine professional and a climate activist. And he’s only just getting started.

What do you wish you knew when you started working in the industry?

Growing up close to my grandfather, I never imagined my life outside the vineyards or winery. That said, when I was young, the life of a winegrower was something I can now say I took for granted. Vintages would change slightly, but year after year, we were able to do what we loved, producing beautiful wines from these California hills.

I would never have imagined that climate change would manifest itself so quickly and dramatically, directly impacting our ability to do what we’ve been doing for generations.  Every vintage since 2017, our harvests have been affected by drought or wildfires. As winegrowers, it’s no longer about just finding the right site and high-quality farming. There are now influences so far out of our control, and we, along with the world, are in a climate crisis. I always imagined my future as a winegrower, but I can’t say when I was young that I also imagined myself as a climate activist.

What was the catalyst behind the Monarch tractor?

I have always felt a deep connection to Mother Earth as a farmer. When you see meadows, forests, and farms teeming with biodiversity, something is healing and balanced about standing there in the middle of it all. When I learned about the steep decline of farm life when using certain chemicals, I began the Monarch Challenge. Named after the Monarch, an indicator species, it’s a movement to migrate our planet away from senseless chemicals like herbicides and neonicotinoids through conversations and creating awareness.

Unfortunately, this movement would fail due to the economic and carbon footprint divides associated with organic farming versus conventional farming.  But as one does when backed into a corner and compelled to overcome failure, I kept pushing. This persistence led me to meet my three cofounders of Monarch, all brilliant engineers from the aerospace, autonomous, and electric vehicle universe.  We came together to make regenerative farming economically superior to conventional via our all-electric, driver-optional smart tractor called Monarch. We now have a team of nearly 200 brilliant engineers dedicated to changing our planet for the better, one tractor at a time.

It is a very inspiring place and movement to be a part of.

How do your winemaking and farming techniques differ since you’re making two varieties: Nebbiolo in Italy and Pinot in Sonoma?

Both domains share the same philosophy about wine growing. The first is that the site is the most important aspect of great wine, so we spent a great deal of time at RAEN and Sorì Della Sorba to find our home. RAEN has roughly 18.5 acres of vines, and Sorì Della Sorba has 8.8 acres.

The next step is how we honor that site. We are permaculture first, which, for us, is the holy grail of farming. Permaculture is essentially creating a biodiverse landscape that permanently sustains itself. No chemicals are used, just life in abundance. Suppose we can’t find a permaculture remedy to our farming challenges. In that case, we lean into biodynamics, and as the last straw, we base on a no-till organic farm, from the art of viticulture to the art of winemaking, or, as my father likes to call it,,, winegrowing.

In the cellar, we embrace native fermentations, extended macerations, and the use of whole clusters, and we listen to the fermentations closely as they evolve into a wine that is ready to be pressed. Everything up until this point follows a very similar path and philosophy for both RAEN and Sorì Della Sorba. Once pressed. However, the wines take different journeys for aging. For RAEN, we go into Burgundian 60-gallon oak barrels; for Sorì Della Sorba, we go into large bottles for aging. For both, we rack as little as possible and bottle without fining or filtering when the wines are at their optimal point, which differs yearly.

Who’s the most underrated person in drinks?

There are so many. One that comes to mind is my grandmother Marjorie who indirectly is why my family was able to push through after 2004. She was all about her family and always behind the scenes. There is a great photo of her sweeping the steps in front of the winery in the early sixties. I dressed to the nines and made sure the stairs looked sharp.  At REAN, we are dedicating a new bottling in her honor, as we felt compelled to tell her story. Beyond that, I have so many friends that make lovely wines from around the world that are off the beaten path.

You’re at a dive bar. What do you order?